PacBio Sequencing and Its Applications
Unable to Login? We are here - notifications@learntoupgrade.com
Purchase (0 Items )
There are no items in your cart
Add More 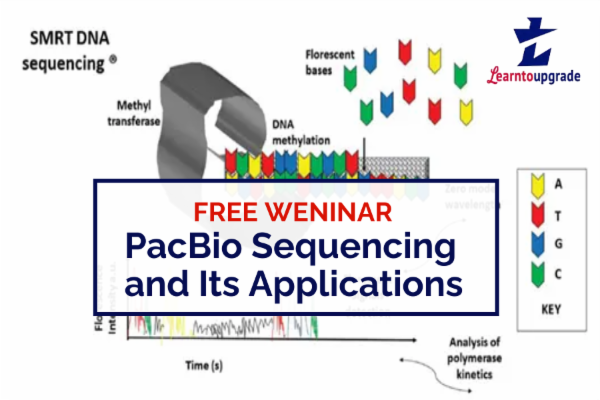 PacBio Sequencing and Its Applications

About PacBio Sequencing
Pacific Biosciences is an American biotechnology company founded in 2004 that develops and manufactures systems for gene sequencing and some novel real time biological observation. PacBio describes its platform as single-molecule real-time sequencing (SMRT), based on the properties of zero-mode waveguides.

Single-molecule, real-time sequencing developed by Pacific BioSciences offers longer read lengths than the second-generation sequencing (SGS) technologies, making it well-suited for unsolved problems in genome, transcriptome, and epigenetics research. The highly-contiguous de novo assemblies using PacBio sequencing can close gaps in current reference assemblies and characterize structural variation (SV) in personal genomes. With longer reads, we can sequence through extended repetitive regions and detect mutations, many of which are associated with diseases. Moreover, PacBio transcriptome sequencing is advantageous for the identification of gene isoforms and facilitates reliable discoveries of novel genes and novel isoforms of annotated genes, due to its ability to sequence full-length transcripts or fragments with significant lengths. Additionally, PacBio's sequencing technique provides information that is useful for the direct detection of base modifications, such as methylation. In addition to using PacBio sequencing alone, many hybrid sequencing strategies have been developed to make use of more accurate short reads in conjunction with PacBio long reads. In general, hybrid sequencing strategies are more affordable and scalable especially for small-size laboratories than using PacBio Sequencing alone. The advent of PacBio sequencing has made available much information that could not be obtained via SGS alone.

The company's first scientific instrument, called the “PacBio RS”, was released to a limited set of eleven customers in late 2010. Sequencing provider GATC Biotech was selected by Pacific Biosciences as its first European service provider in late 2010. The product was then commercially released in early 2011. A new version of the sequencer called the "PacBio RS II" was released in April 2013; it produced longer sequence reads and offered higher throughput than the original RS instrument. The RS instrument will officially be supported until the end of 2021.
In September 2015, the company released a new sequencing instrument, the Sequel System. The sequencer has increased capacity with 1 million zero-mode waveguides compared to 150,000 in the PacBio RS II, and is approximately one-third the size and one-half the price of the PacBio RS II.
In April 2019, the company released an upgraded Sequel II system with support for a new SMRT Cell with eight million ZMW's, increasing the expected throughput per SMRT Cell by a factor of eight.
In October 2020, the company announced the Sequel IIe system which adds additional compute capacity to the Sequel II system. With that compute all DNA reads produced by the system are automatically corrected for accuracy.

Schedule of the Webinar

Yes all students who will be available in live class will get the certificate.