Polymer and Biopolymers in Biomedical Applications
Unable to Login? We are here - notifications@learntoupgrade.com
Purchase (0 Items )
There are no items in your cart
Add More 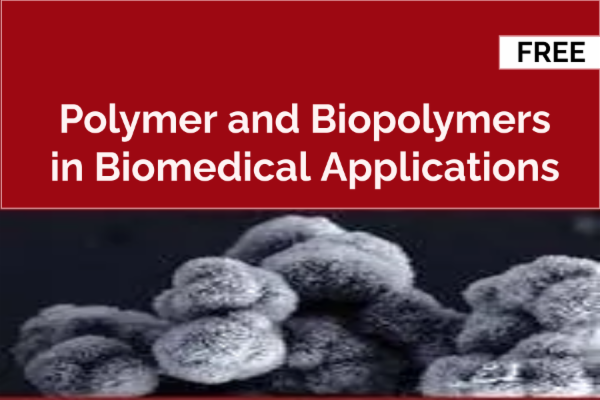 Polymer and Biopolymers in Biomedical Applications

Introduction of Polymer and Biopolymers in Biomedical Applications

The formation of a big molecule by the union small molecules of many repeated units is known as polymer. These polymers may be man-made such as plastic films, plastic resins like Bakelite, etc. orother may be natural polymers such as DNA, proteins, etc.
Some scientists are now expressing their concern on the field of medicines. Polymers have become a necessary commodity for everyone and are used in manufacturing the medicines however all polymers are not used in this purpose. For medicinal purpose a polymer should be bio-safe, non-toxic, environmentally friendly.
Biopolymers are also used in medicinal purpose which are further used in repairing of tissues, bones, teeth, tendons, ligaments, etc. More advance these are used to repair the organs such as lungs, kidney, etc. Drugs such as insulin are summed up with a polymeric capsule for their sustained release.
Polymers may be natural, synthetic or semi-synthetic depending upon there source of origin.
Polymers like proteins, starch are biopolymer or natural polymers. Celluloid is one of the semisynthetic and Nylon, PVC are synthetic polymers. Therefore, polymers like Collegen obtained from bovines of cows and such polymers are used in repairing the bones, teeth, heart valves etc.
Similarly,Chintosan obtained from crabs and many other marine animals are used as a filler in tablets, Cellulose is used in preparation of drugs such as pills and tablet coatings and granules and many other microcapsules.
Cancers have been the most dangerous disease since the decade. Scientists are doing great effort and many researchare done on cancer and more than half of the population all over the world are suffering from cancer and mostly half of them die due to these diseases.
Polymers and biopolymers are used in the treatment of cancers numerous products involve polymersand biopolymers. By the word biopolymer, is a polymer which is biocompatible, and which can degrade the enzymes or decomposition by the actions of bacteria and fungi. Therefore, biopolymers are mostly used in the medical and in the biomedical applications.
Natural polymers are advantageous as they are non-toxic, non-inflammable and many more but they may have some disadvantages like high cost, high water absorption, low physical and chemical property but on the other hand biopolymers are more relevant as these have better physical properties and have intrinsic properties and suitable for medicinal applications and biopolymers have been used since many decades for medicinal use such as surgery and body implants. The research is still on regarding the biopolymers for more better mechanical and more relevant properties and more biocompatible.